Little do we realise that sometimes what feels like a punishment can be a blessing in disguise. This is a study of solitary confinement. Solitary confinement in legal terms is a special form of imprisonment in which a prisoner is denied contact with any other persons, excluding members of prison staff. Amnesty International and some organizations consider this a form of psychological torture. Legal eagles cite this as an additional measure of protection (of society) from the criminal including protective custody. Self imposed solitary confinement has been used in all traditional societies as the finest means of spiritual evolution. 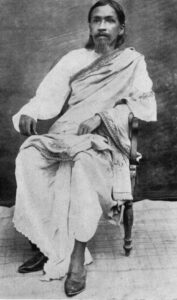 Born: August 15, 1872
Died: December 5, 1950
Achievements: He was a freedom fighter, poet, scholar, yogi and philosopher. Worked towards the cause of India’s freedom, and for further evolution of life on earth.
In 1907 when his brother came down with a severe fever, Sri Aurobindo watched as a Sadhu chanted a mantra, crossed a cup of water with a knife, and gave it to his brother. The fever vanished very suddenly. Sri Aurobindo became keenly interested in acquiring such a power that could remove the disease of India and liberate the nation. In pursuit of this goal, he approached several yogis for help. In Baroda he met a Maharastrian Yogi Maharaja Vishnu Bhaskar Lele. Yogi Maharaja Lele required Sri Aurobindo to remain in complete seclusion for three days during which he was to sit in meditation and not to think because thoughts that came were not of his own creation but came from outside and should be thrown away. Sri Aurobindo describes his experience:
“I did not think either of questioning the truth or the possibility, I simply sat down and did it. In a moment my mind became silent as a windless air on a high mountain summit and then I saw one thought and then another coming in a concrete way from outside; I flung them away before they could enter and take hold of the brain and in three days I was free.”

In three days Sri Aurobindo had achieved the silent yogic mind which deepened into an experience of the Brahman Consciousness. He says: “When I was in Bombay, from the balcony of a friend’s house I saw the whole busy movement of Bombay as a picture in a cinema show, all unreal and shadowy.”
In 1908 after the Alipore Bomb episode, Sri Aurobindo was also arrested from his house. He was imprisoned and, for a long time, kept in a small cell in solitary confinement. Thus began one of the historic trials of the Indian freedom movement. There were 49 accused and 206 witnesses. 400 documents were filed and 5000 exhibits were produced consisting of bombs, revolvers, acid, etc. The judge C.B. Beechcroft had been a student with Sri Aurobindo at Cambridge. The Chief Prosecutor Eardley Norton kept a loaded revolver on his briefcase throughout the trial. The case for Sri Aurobindo was taken up by C. R. Das. The trial lasted for one full year. At the end C. R. Das addressed the court in these ringing words:
“My appeal to you is this, that long after the controversy will be hushed in silence, long after this turmoil, the agitation will have ceased, long after he is dead and gone, he will be looked upon as the poet of patriotism, as the prophet of nationalism and the lover of humanity. Long after he is dead and gone, his words will be echoed and re-echoed, not only in India but across distant seas and lands. Therefore, I say that the man in his position is not only standing before the bar of this Court, but before the bar of the High Court of History.”

Sri Aurobindo was found not guilty and acquitted. But this period of one year was a very important period in Sri Aurobindo’s life. It was a period of intense sadhana when he had the experience of Krishna as the Immanent Divine. This is how he described the experience in a speech in Uttarpara:
“I looked at the jail that secluded me from men and it was no longer by its high walls that I was imprisoned; no, it was Vasudeva who surrounded me. I walked under the branches of the tree in front of my cell but it was not the tree, I knew it was Vasudeva, it was Sri Krishna whom I saw standing there and holding over me His shade. I looked at the bars of my cell, the very grating that did duty for a door and again I saw Vasudeva. It was Narayana who was guarding and standing sentry over me. Or I lay on the coarse blankets that were given me for a couch and felt the arms of Sri Krishna around me, the arms of my Friend and Lover.”
Sri Aurobindo saw the same smiling Krishna in the magistrate and even the prosecuting counsel. Where was there any place for fear? When Sri Aurobindo had entered the prison he had said: “The agnostic was in me, the atheist was in me, the sceptic was in me and I was not absolutely sure that there was a God at all.”

But now all was changed. As Sri Aurobindo said afterwards: “I have spoken of a year’s imprisonment. It would have been more appropriate to speak of a year’s living in an ashram or a hermitage. The only result of the wrath of the British Government was that I found God.”
Both times the solitary confinement resulted in great spiritual growth and realization for Śrī Aurobindo. It was a blessing in disguise. If you really want spiritual growth, have the courage to seek solitary confinement for a day, or at least for a few hours on a particular day with Mauna Vrata. 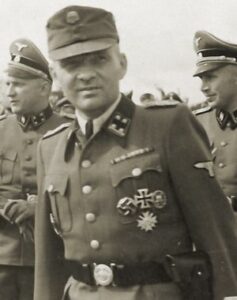 Birth: 25 November 1900
Death: 16 April 1947 [by hanging] Rudolf Höss was an SS-Obersturmbannführer (Lieutenant Colonel) and from 4 May 1940 to November 1943 was the first commandant of Auschwitz concentration camp, where it is estimated that more than a million people were murdered.
Höss took great pride in his work and had an ingenius mind for such things. He designed ‘more efficient mass killing methods’ at Treblinka by building his gas chambers ten times larger, so that they could kill 2,000 people at once rather than 200. He commented, “Still another improvement we made over Treblinka was that at Treblinka the victims almost always knew that they were to be exterminated and at Auschwitz we endeavored to fool the victims into thinking that they were to go through a delousing process. Of course, frequently they realized our true intentions and we sometimes had riots and difficulties due to that fact. Very frequently women would hide their children under the clothes but of course when we found them we would send the children in to be exterminated.”

Four days before he was hanged, Höss sent a message to the state prosecutor, including these comments: “My conscience compels me to make the following declaration. In the solitude of my prison cell I have come to the bitter recognition that I have sinned gravely against humanity. As Commandant of Auschwitz I was responsible for carrying out part of the cruel plans of the ‘Third Reich’ for human destruction. In so doing I have inflicted terrible wounds on humanity. I caused unspeakable suffering for the Polish people in particular. I am to pay for this with my life. May the Lord God forgive one day what I have done.”

Solitary confinement gave the only opportunity for Rudolf Höss to silence the mind so that he could listen to his soul speak from within the confines of his heart. The truth was clear and loud for him to hear and that is what caused the change of heart in the last moment.

Mercury the significator of vāc is also one that causes the imprisonment of beings as the superior beings like humans are imprisoned in words and thoughts that comes from the external environ as they are completely unaware of the nice tune of their souls.
Śrī Gaṇeśa overcomes the rajas guṇa of Mercury, keeps mauna vrata (vow of silence) and accomplishes every task (siddhi). 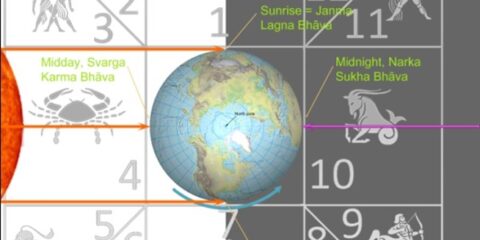 Ahaṁkāra
It refers to self-consciousness and is something like awakening. It causes the rise of individual identity which did not exist... 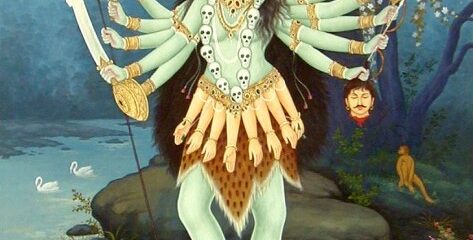